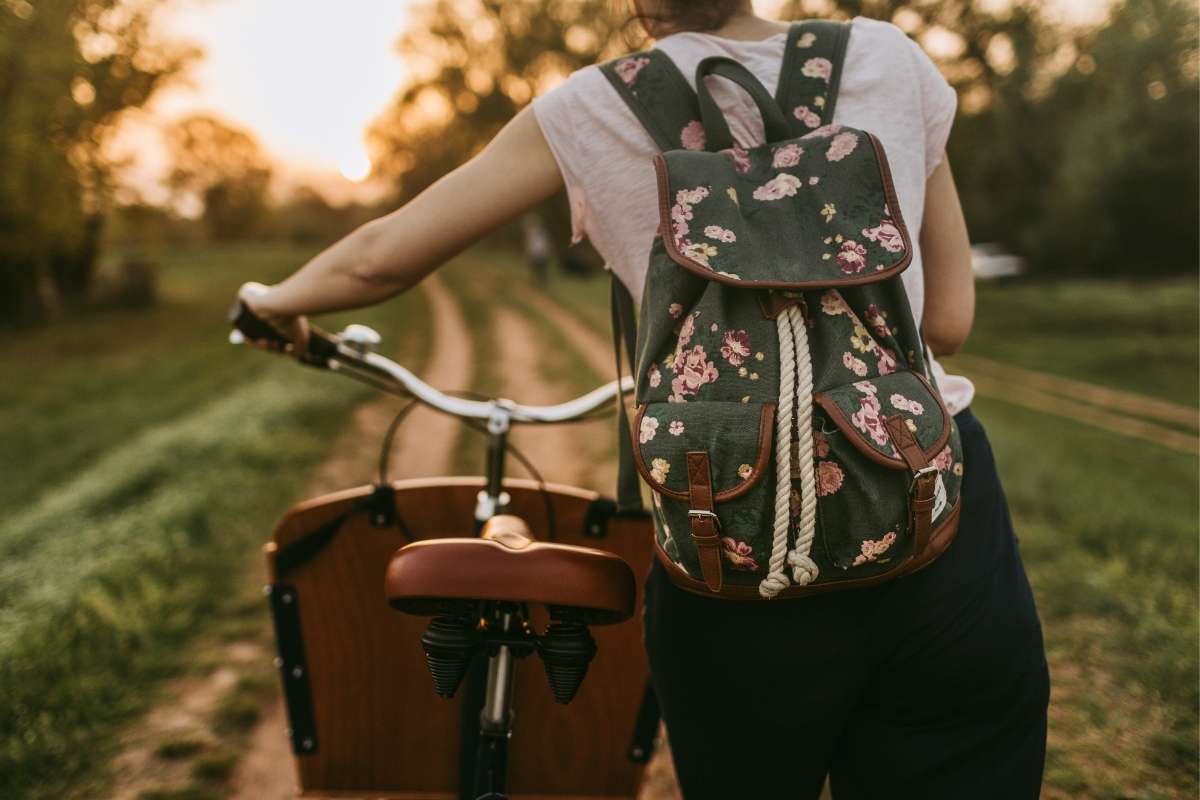 The Luxembourg National Railway has designed a system of bike trails that allow you to bike from train station to train station! This is a great way to see some of Luxembourg’s scenery from a different perspective—rather than whizzing by it on a train, you’ll be able to spend time taking in all the natural beauty. If you’re up for a challenge, why not try biking all the way from Pétange to Wasserbillig? What’s great about this network of trails is that if you get tired, you can just hop on the nearest train back home!

There are several different itineraries you can follow. One suggestion is to start in Pétange and head up to Kleinbettingen. The first part of the trail follows the railway tracks, but you’ll take a quick detour through the woods before arriving at Clemency. Then, you’ll bike along the Belgian border for a bit before heading back to the tracks and arriving at Kleinbettingen This is a 20 kilometer-long easy trail!

If you want to continue, you can go from Kleinbettingen to Useldange. This trial heads north through the village, then crosses a bridge and deviates from the railway tracks a bit. You’ll bike through Hagen and Seinfort before arriving in the Useldange main square. This is another easy trail but also a bit longer—24 kilometers, specifically. To get to a train station, you’ll have to backtrack a little bit. Or, to continue, stay where you are in Useldange (the main square) and follow the trail along the Attert. You’ll follow the edge of the forest to Bissen, and then the railway tracks until you reach Colmar-Berg. This is an easy level trail that’s 13 kilometers long.

The next path starts at the Colmar-Berg station, and you’ll cross the Alzette before heading into the Alzette Valley and reaching the grand ducal castle. You’ll then follow the Sûre through Ettelbruck and eventually Diekirch. This trail is 11 kilometers long and has an easy rating! To continue, start in Diekirch at the train station. You’ll follow the tracks until you reach the Sûre bridge, and after crossing it, you’ll bike along the riverside and through the Ernz noir. The trail ends here, so if you want to take a train home, you’ll have to go to Wasserbillig. This trail is an easy level and 20 kilometers long.

You’ll end up in Grundhof, and if you want to continue, keep following the Sûre! You’ll go as far as Hinkel before passing through Echternach and Steinheim, two beautiful towns not too far from Germany. This trail is another easy level and 15 kilometers long. Its last part starts at Steinheim and, once again, you’ll be following the Sûre! You’ll get to bike through Born and Moersdorf before reaching Wasserbillig and the Moselle. The last leg of the trial involves a beautiful waterside ride before heading under the underpass and arriving at the station, where you can finally take a train home!

There are several other itineraries you can take. For instance, instead of biking from Pétange to Kleinbettingen, you can start from Bertrange! You’ll head west and follow the railway tracks, then you’ll bike along the road linking Lyon to Cologne. When you arrive in Mamer, you follow the signs to Garnich and Kleinbettingen. Then you can take a train home or start on another path! This trail is 13 kilometers long and rated easy.

You can also bike from Walferdange to Mersch! You’ll follow the railway tracks north, and then bike through the Alzette meadow. Then you’ll head through Mullendorf, Lorentzweiler, Lingten, and Rollingen, before crossing the river into Mersch. This trail is an easy level and 13 kilometers long.

Or, you could go from Kautenbach to Wiltz! You’ll follow the riverbank until you get to Merkholtz, and then you’ll bike along the countryside road. Then you’ll cross the railway tracks and the river, before ending your journey at the Wiltz train station! Like all the other trails, this one’s easy, and it’s 11 kilometers long.

After Wiltz, you can take another trail to Bastogne. You’ll head west and cross both the railway tracks and the Wiltz River. Then you’ll head north to the Belgian border! If you want to head to a train station, the closest one is Wiltz; otherwise, you’ll end up in Bastogne. This trail is 19 kilometers long and rated easy.

There are also some biking trails all the way up in the northern tip of the country. The first is the Gënzentour up in Troisvierges, where you’ll bike through the Ardennes village of Lieler and the Our Valley. You’ll also get to bike through the intersection of Luxembourg, Germany, and Belgium, where the Monument of United Europe was erected in 1977. The trail is 61 kilometers long and rated difficult, but you’ll end up right where you started!

Another trail you can bike goes from Troisvierges to Clervaux. You’ll start by passing the Troisvierges town hall and church before entering the Luckeschbaach valley. Then you’ll bike over to Marnach, Munshausen, and eventually Clervaux. You’ll cross in front of the chapel and finish at the train station! This trail is 27 kilometers long and rated easy.

Finally, you can take the panoramic route that circles around Troisvierges! It goes through the Our nature reserve and the Éislek plateau. There are plenty of picturesque spots just off the trail, and you can also head up to Buurgplaatz, the highest point in the country! This trail is 25 kilometers long and rated medium.

Our last suggestion for biking in Luxembourg is to take a thematic tour! These are ways to explore different parts of the country and see some of its beautiful scenery while learning about things like history and local culture. Here are a few of our favorites!

If you’re in Luxembourg City, we recommend the UNESCO bike tour! The city’s fortifications and historical quarter were added to UNESCO’s World Heritage list in 1994, and a bike trip down the path is the perfect way to see some of Luxembourg’s most beautiful sights. The bike trail is 9.5 kilometers and should take about an hour and a half; it’s rated easy but has a steep incline about halfway through. Alternatively, if you’re not in the mood for a bike ride, you could head down the 2.5 kilometer-long walking trail!

You could also head over to Scheidgen for a bike trail that goes through Berdorf, Consdorf, and Bech. It’s made of four loops that link the three towns, and some parts of it follow slightly busy roads. While on the trail, look for sights like Bildchen, an ancient oak, and St. Margaret, a chapel, and an airborne bomb memorial. The trail is 43 kilometers long with lots of hills, and it’s rated medium.

Another trail you can follow is back up in Troisvierges! It’s a garden trail that takes you through the Our park, which shows you both natural beauty and gardens that were designed by artists. You’ll start in the Troisvierges train station and end in the Clervaux train station, which makes the trail about 23.2 kilometers long. It’s rated medium due to some steep climbs at its end.

Our last recommendation is down in Schengen and called the Römerrunde cycle tour! Most of it follows the Saarland cycle path, so you’ll be able to see some picturesque views and a bit of Roman history as well. You can also combine this trail with the Velo Romanum trail in Bech-Kleinmacher! Some amazing sights to look forward to on this trial are the Roman mosaics, Nennig castle, and Roman Villa Borg, an archaeological park. This is an easy-level trail that’s 35.7 kilometers long.

There are so many opportunities to explore Luxembourg via bikes! We hope you try some of these trails out, as they’re great ways to get some exercise and see some beautiful sights. Let us know what you think of them!