Did you know that the Grand Duchy is home to at least ten more European institutions? Here's a bit about each Institution and its work. 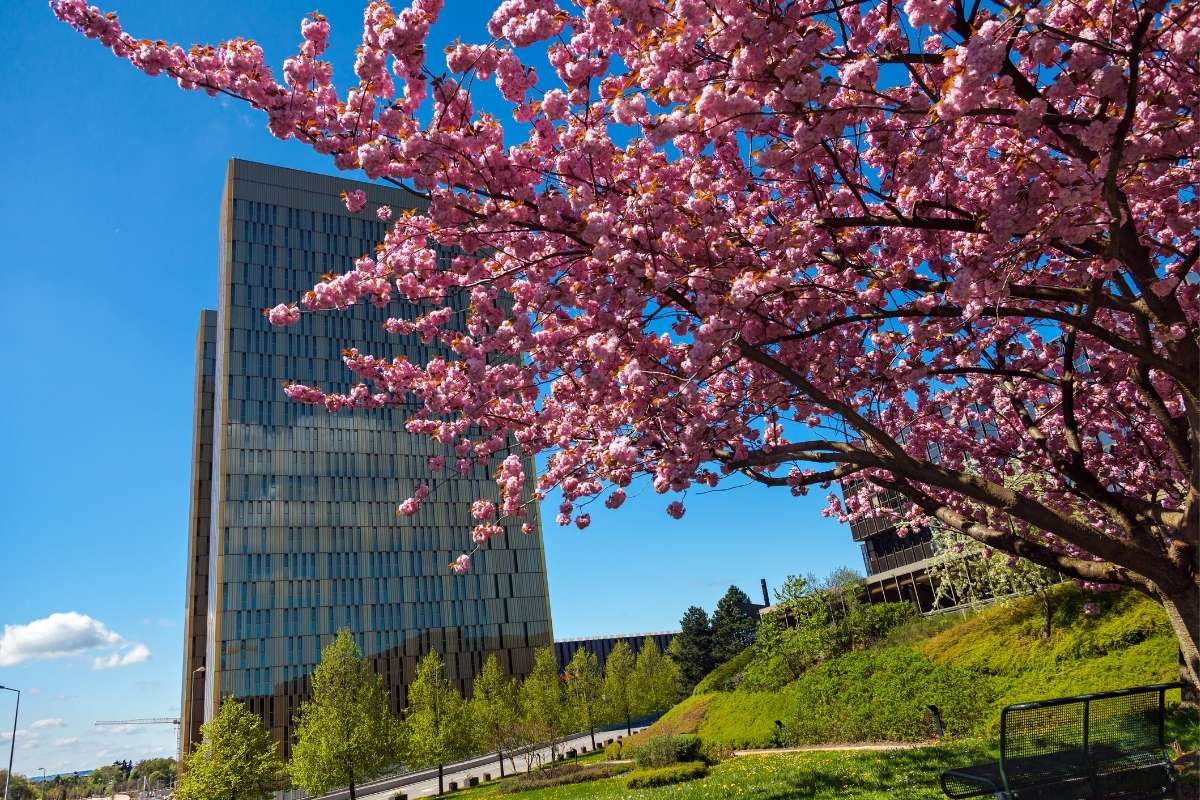 Court of Justice of the European Union (CJEU)

The Court of Justice interprets EU law to make sure it is applied in the same way in all EU countries, and settles legal disputes between national governments and EU institutions. It can also, in certain circumstances, be used by individuals, companies or organizations to take action against an EU institution, if they feel it has somehow infringed their rights. The CJEU is divided into two courts: The Court of Justice (1 judge from each member state) which deals with preliminary rulings from national courts, and the General Court (2 judges from each member state) which deals with companies, individual complaints, and cases brought up by EU governments.

Each judge is appointed for a renewable 6-year term, and each judge selects a president who serves a renewable 3-year term. The current president is Koen Lenaerts, he was first elected in 2015.

Interested in visiting the CJEU? Have a look at the following information: Visits or watch out for their annual open day in spring.

The European Commission is the EU’s politically independent executive arm. It alone is responsible for drawing up proposals for new European legislation, and it implements the decisions of the European Parliament and the Council of the EU. The current president of the European Commission is Ursula von der Leyen, a long-term German politician. The president of the commission is the most powerful position in the European Union, they have the power to control the policy agenda, ensuring the enforcement of laws, cabinet appointment power, and the president also represents the Union abroad, similar to the Secretary of State in the United States.

The European Commission’s main location is in Brussels, but Luxembourg is home to one of its representation offices.

Secretariat-General of the European Parliament

The secretariat of the European Parliament is the administrative body of the European Parliament headed by a Secretary-General, and employs 4000 officials. The current Secretariat-General is Klaus Welle, a long-term German politician who has worked for the Union since 1994. It is based in the Kirchberg district of Luxembourg and around the Brussels-Luxembourg Station in Brussels.

As the EU’s independent external auditor, the European Court of Auditors (ECA) looks after the interests of EU taxpayers. It does not have legal powers, but works to improve the European Commission’s management of the EU budget and reports on EU finances. There are 27 members in the ECA, one for each member state in the Union. The current members elect a president among them, and the president serves for a 3-year renewable term. The current (11th) president of the ECA is Klaus-Heiner Lehne, a the German member of the ECA.

The European Atomic Energy Community is an international organization founded in 1957 with the purpose of creating a specialist market for nuclear power in Europe, developing nuclear energy, and distributing it to its member states while selling the surplus to non-member states. It is legally distinct from the European Union, but has the same membership and is governed by the EU’s institutions. Since 2014, Switzerland has also participated in Euratom programs as an associated state.

The strategic objective of Euratom is short, medium and long-term security of supply of nuclear materials, particularly nuclear fuel, for power and non-power uses, by means of the common supply policy. Euratom also provides a mechanism for providing loans to finance nuclear projects in the EU.

The European Investment Bank (EIB) is jointly owned by the EU countries. It seeks to:

The EIB borrows money on capital markets and lends it on favorable terms to projects that support EU objectives. About 90% of loans are made within the EU. None of the money comes from the EU budget.

The EIB provides 3 main types of products and services:

The EIB makes loans above EUR 25 million directly. Where smaller loans are involved, it opens credit lines for financial institutions that then lend funds to creditors.

The European Financial Stability Facility (EFSF) was created as a temporary crisis resolution mechanism by the euro area Member States in June 2010. The EFSF has provided financial assistance to Ireland, Portugal and Greece. The assistance was financed by the EFSF through the issuance of bonds and other debt instruments on capital markets.

A permanent rescue mechanism, the European Stability Mechanism (ESM) started its operations on 8 October 2012. The ESM is currently the sole mechanism for responding to new requests for financial assistance by euro area Member States. It has provided loans to Spain, Cyprus and Greece.

The ESM is currently in charge of the following duties:

The ESM will not provide financial assistance to a member state unless is is proven necessary to safeguard the financial stability of the euro area as a whole. The head ESM office is located in Luxembourg, the address and website can be found below.

Eurostat’s main role is to process and publish comparable statistical information at European level. Eurostat does not collect data, this is done in Member States by their statistical authorities. They verify and analyze national data and send them to Eurostat. Eurostat’s role is to consolidate the data and ensure they are comparable, using harmonized methodology. Eurostat is actually the only provider of statistics at European level and the data we issue is harmonized as far as possible.

Example concerning unemployment in the EU: for an accurate picture of EU unemployment it is important that unemployed people in Finland or Portugal are counted or measured in the same way as in Ireland or Germany. So Eurostat works with Member States to define common methodology on unemployment or asks Member States to include appropriate questions when gathering national data. These EU data are then sent to Eurostat so that EU-wide unemployment data can be published, which can then be used to compare unemployment rates between countries.

The Publications Office of the European Union (Publications Office) is an inter-institutional office whose task is to publish the publications of the institutions of the European Union. Its core activities include production and dissemination of legal and general publications in a variety of paper and electronic formats. The office also manages a range of websites providing EU citizens, governments, and businesses with digital access to official information and data from the EU, including the EU Open Data Portal and EUR-Lex, and ensuring long-term preservation of digital content produced by EU institutions and bodies.

Translation Centre for the Bodies of the European Union (CdT)