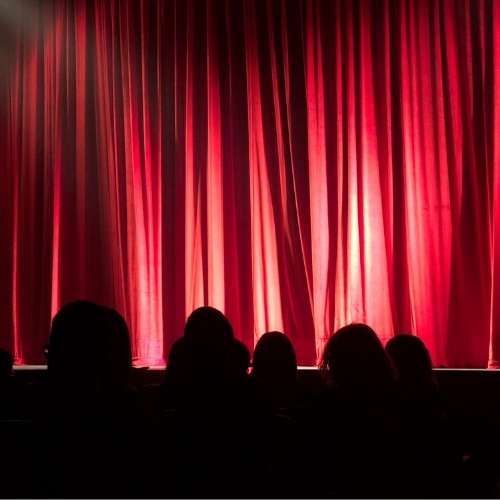 Have you also been traumatized by religion? Or, did your parents find other ways to smear you? Then this show is for you!

Freddi’s first solo hour – “Church Girl, Interrupted” – is a late bloomers’ coming-of-age; a merciless quest to find dark humour in the bizarre chapters of her days as a Jesus Girl. She presents a deconstruction of Christianity that is complex, sarcastic and deeply personal.

Freddi is an extremely clever and hilarious American comedian trapped in the body of a German. She has performed all over Germany and Europe; appeared on SKYOne, German sketch shows and is an undefeated roast battle contestant for CC Germany. She is also a screenwriter for late nite and is developing her own tv show.

Now she prays to the comedy gods and instead of sermons, she delivers punchlines. With her friendly arrogance, Freddi is sure to win over even the most cynical crowds.

Richard Fox who enjoys treating the stupidest subject with the most serious approach to create his personal brand of comedy.

Blake Carlson who, as a child, fell into a tub of molly and hasn’t stopped smiling since. If you are planning to start a comedy room in a few months, don’t worry… Blake is already driving to the venue right now.

Sharon VS who spent many years hiding her comedic talent in a corporate HR career. However, she cannot stress enough that any resemblance in her shows to persons living or dead is entirely coincidental. Off-stage you will find Sharon gathering more material by raising a teenager in Germany.