Luxembourgish artist, Berthe Lutgen led the wave of feminism in the Grand Duchy in the seventies – and she is still using her work to draw attention to the movement forty years later. 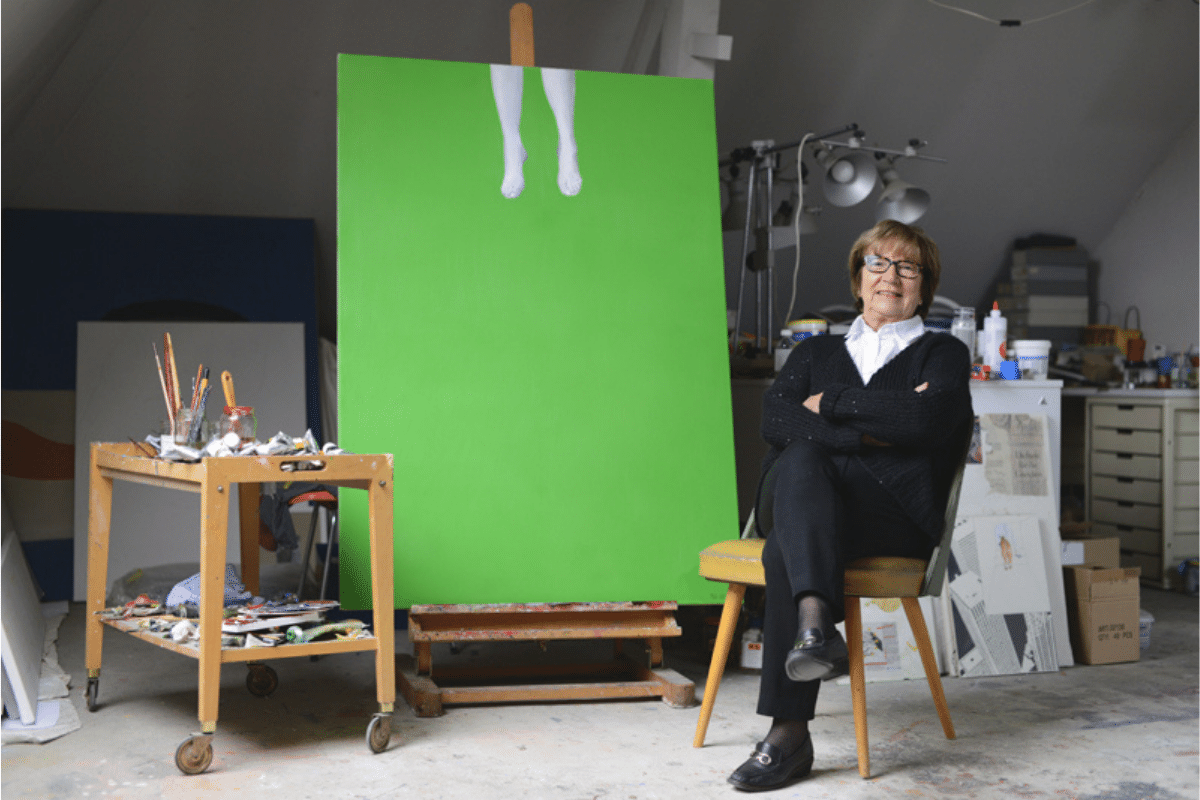 Born in Esch-sur-Alzette in 1935, Berthe Lutgen has painted the many changing faces of Luxembourg. Through the occupation of World War II, the rebuilding of Europe, the swing of the Sixties, and the rise of the women’s movement in the Seventies. It is the latter in particular which so obviously shines through her work, both in her early career and still to this day.

Berthe studied at the Ecole Nationale Supérieure des Beaux-Arts in Paris and throughout Germany, honing her craft and discovering her style. Yet alongside her artistic education, she was also being inspired by political teachings and became a staunch advocate of the importance of the female voice. In 1971, she founded the Movement for the Liberation of Women in Luxembourg – and so etched her name in not only the catalogues of art galleries, but in the very history books of the Grand Duchy.

A former art professor who still displays in exhibitions, her work focusses on the social conforms of all women from all walks of life. She discusses the role of feminism with LUX WMN.

As an artist who came of age in the ‘60s, did it take you a while to find your voice?

“I attended the Ecole Nationale Supérieure des Beaux-Arts, where I was a student of Professor Souverbie, an admirer of Matisse and Picasso. The galleries around the Beaux-Arts showed Ecole de Paris painters, whereas in the Kunstakademie in Munich, I came into contact with German Expressionism.

“In 1968, I joined the revolutionary movements in Luxembourg and decided to concentrate my art on the cause of women and to the abolition of injustices in the world. A year later, I had my first feminist exhibition which encompassed a performance with pictures, film, and women standing in self-assured postures in front of stereotypical images.”

Your work addresses the roles of women in society, but also questions the representation of women in art. What does being a feminist mean to you?

“My artistic approach is twofold: it is realistic as far as it refers to women in their social surroundings, but also to the images of women themselves in art. It has been underlying my work right up to the present day. One of the biggest influences on this way of working was the sexist advertising seen in the media, coupled with the discriminatory stereotypes of women perceived as sex-objects.

“As I had no feedback in my exhibitions, where I showed works criticising the representation of women, I decided to found a women’s liberation movement modelled on similar organizations already present in France, the UK, and the US. As a feminist, I had – and still have – the responsibility to make socially committed art.”

Do you think it is important that young women call themselves feminists?

“Calling yourself a feminist is not enough, you have to fight for women’s rights in everyday life.”

If you could go back and give advice to your young self, what would it be?

“I would think alike about the same topics.”

What does it mean to be a female artist in Luxembourg?

“Being born in Luxembourg in 1935 meant being born into a very conservative country, where religion played an important role and where an abstract male artist had more chance of being successful than a woman who made socially committed art.

But being a female artist is very difficult in every country. You obviously have more possibilities for exhibitions and getting connected to privileged artistic circles in a big city, but I like living in Luxembourg, the country with the biggest quota of foreigners in all of Europe. During my exhibition of “The March of Women” in Neimënster last year, I was able to talk to a group of Syrian women living here, who were interested in my work, especially the pieces concerned with the Middle East. These are important conversations.”

For further information and details on forthcoming exhibitions, go to berthelutgen.lu.