Mum and small business owner Caroline Parfect talks to LUX WMN on discovering that she was an entrepreneur all along. 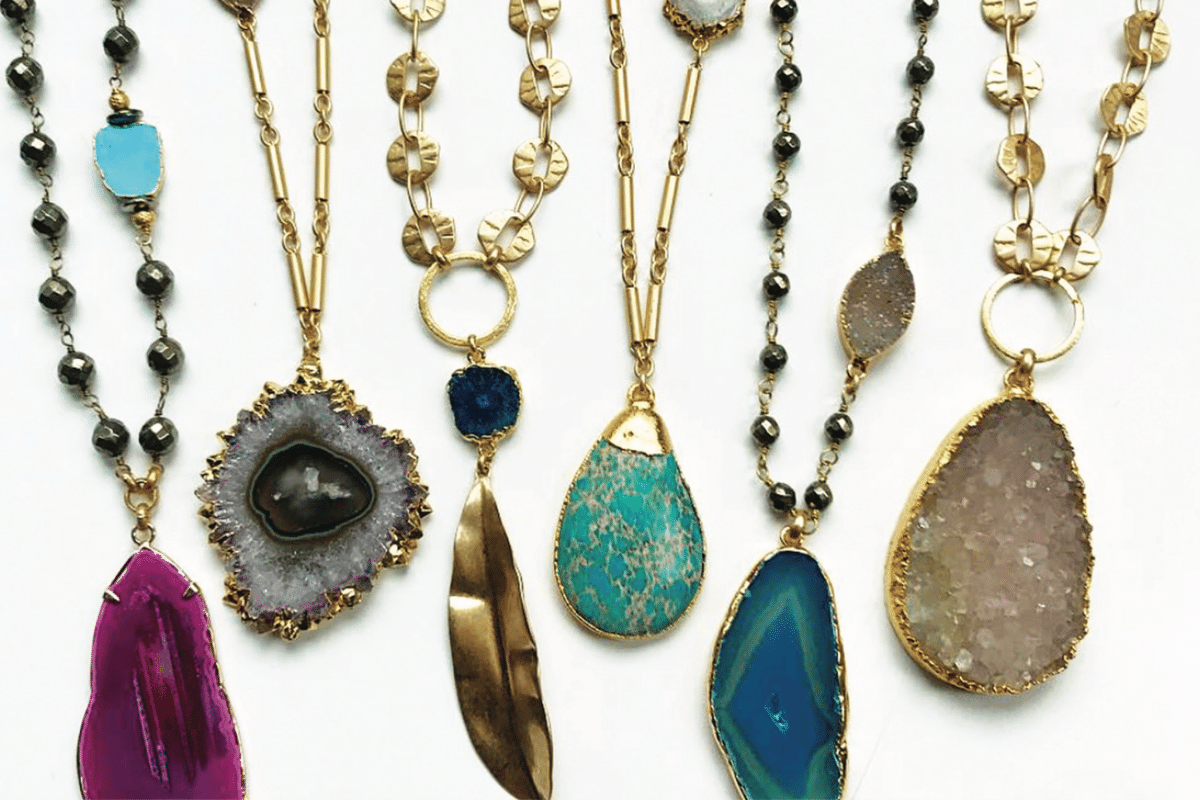 After quitting her job, packing up her worldly belongings, moving continents, and getting pregnant, (all in quick succession), Caroline Parfect found herself feeling isolated and unsure of her next chapter – even after she gave birth and her story continued as a mother. Who was she? What else was she now?

As any stay-at-home mum will tell you, whether it is down to lack of sleep or from the sheer magnitude of such a major life change, sometimes you can spend hours literally staring at the walls. Having always worked wherever she and her husband lived, Caroline felt that, as grateful as she was to be a new mother, something was missing.

One afternoon, she noticed that the beige Longhorn skulls adorning her wall – she was raised in Mississippi where taxidermy was integral to décor – looked bland and washed out. She started taking apart old jewellery and decorating the skulls with turquoise gemstones while the baby was napping. This led to many trips to the bead store, which in turn led to the fledgling beginnings of her second career as a jewellery designer, and then later the founding of her company, Dede & May.

Named after her grandmother Dede, Caroline credits her as a great influence and for instilling a love of art in her from a young age. Dede was an artist who lived with the family throughout Caroline’s childhood and produced work which covered the walls of their home. Caroline says that it was Dede who urged her to make beautiful, colorful things – and this love of color is reflected in almost every piece of jewelry she creates today. However, there’s a bit of irony in this, as anyone who knows her will tell you, she rarely wears anything other than black. Fittingly of course, her sartorial choices provide the perfect backdrop to display the creations that she works so tirelessly on and which form the backbone of her business.

Sitting in her sunny studio today, she laughs and says; “the jewellery thing just happened!”. She realized she was pretty good at it, but was mainly driven by that innate need to create beautiful things – just as Dede had encouraged. Even after she formed her company, she had no idea that it would be so successful until special orders started coming in and stores started calling.

Four years on, something that irritates her is when she gets the impression that people believe her business is just a bit of fun. Perhaps due to the detrimental influence of mass manufacturing, she feels often people forget the artisan altogether and don’t understand that she designs and makes every piece of jewellery personally. Nothing is outsourced so it all falls upon her to handle the taxes, the shipping, the market- ing, and, oh yes, the creating.

When asked if she always wanted to be an entrepreneur, she throws her head back and laughs. She recalls her earliest business venture when she was around five or six, making and selling greeting cards. Every word was misspelled. Ever the positive reinforcer, her dad was her number one client, biggest supporter, and quite possibly her only customer. He still has one displayed on his desk which reads, ‘Hoppy Wedin, Hav a grate life!’. Fortunately, she no longer needs just her friends and family to support her entrepreneurial offerings.

So, how about that balancing act of mother, creator, business owner? Caroline’s approach to both her business and the way she parents are similar. Both have taught her that if she doesn’t carve a little time for herself first, (usually through running or yoga), she is no good to anyone – whether it be her daughter, husband, or customers.

When discussing the topic of gender, Caroline takes a deep breath. “I realize that people talk a great deal about gender and the inequalities that exist,” she says. “However, being a small business owner, male or female is tough, and I don’t think gender has ever played a part in running my own business. It hasn’t registered as a pro or a con.”

Being kind to herself has been a lesson learned. “There are times when I just don’t feel very creative and I sell less jewellery. I’m the person that will always say yes to a request, and then will stress myself out trying to get it done; or get frustrated with myself and worried that I’ll lose customers if I don’t do an Instagram post! Learning to say no has been tough, but necessary, and I’ve learned to stop being so hard on myself.” When asked what tips Caroline would have for other women who would like to start their own business she states plainly; “Don’t overthink, just do it.”