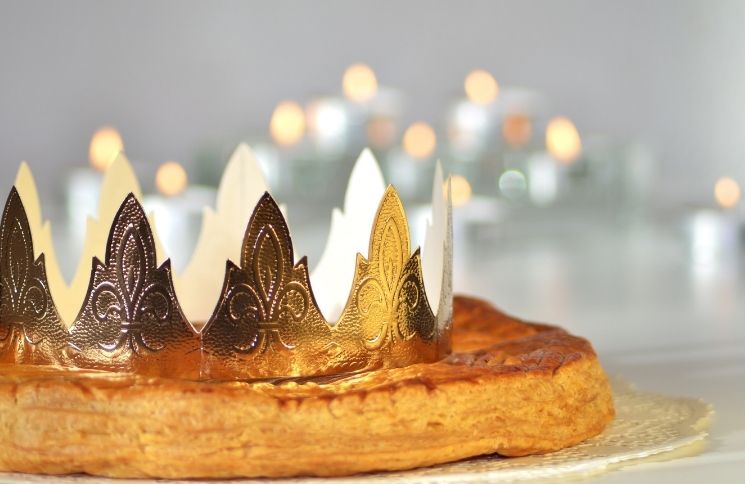 January is a special month to celebrate. We say goodbye to the old year and welcome new beginnings and opportunities. Like in many other countries, Luxembourgers enjoy a cheerful time with their family and friends and celebrate a couple of traditions in the first month of the year. Learn more about how local people in Luxembourg celebrate these traditions.

New Year’s Day is a special day when families and friends wish each other happiness, good health, and other blessings for the upcoming year. On this day, children sometimes receive a small gift called “neit Jäerchen” (little new year) from their grandparents and godparents. There is also a nice custom to give the postmen or dustmen a tip.

A traditional New Year’s Day feast varies from a simple cold plate with ham, sausage, cheese, and pâté to more elaborate meat and fish dish. The favourite shared festive meals also include raclette dishes or meat fondues. A dessert cannot be missing on the table. People savor a traditional butter cake in the shape of a calendar and serve it with an ice-cream. A glass of Crémant is a perfect way to toast to the new year and welcome all the great moments in 2022.

We cannot forget the French and German influences in Luxembourg households. A couple of weeks ago, you had probably already noticed doses of oysters in the supermarkets that will make a delicious and salty French addition to the table. From Germany, Luxembourgers inherited a chimney sweep and a marzipan pig that brings good luck in the following year.

In Luxembourg, January 6th is a day of the Christian celebration called “Epiphania Domini,” or Epiphany. We are all familiar with its other name, “Three Kings’ Day,” which refers to a Christmas story about three pilgrim kings from the East – Caspar, Melchior, and Balthasar that were guided by the star of Bethlehem to Jesus and brought him gifts.

It was a tradition to serve “The king cake” (Galette des Rois), made of puff pastry and frangipane cream, on the occasion of appointing a king or a queen on the eve of January 6th. A white bean was baked in the cake for a queen and a black bean was for a king. Nowadays, the beans are generally replaced by a small porcelain figure that children can enjoy playing with. Who discovers this lucky charm, can wear a crown and becomes the king or queen of the day.

Grande-Duchess Charlotte was born on January 23rd, 1896, as a second daughter of Grand Duke William IV and Marie-Anne of Portugal. Her sister, Marie-Adélaïde, had succeeded her father in 1912. Unfortunately, her rule during the First World War brought her unpopularity in Luxembourg, France, and Germany due to the perception of support for the German occupation of Luxembourg. Under the pressure of parliament and the people, she abdicated on January 14th, 1919 and Charlotte became a new grande-duchess of Luxembourg.

Learning from her sister’s experience, Charlotte refused to work with Nazis and exiled to London, where she began to make supportive broadcasts to her homeland using the BBC. Even from abroad, she supported Luxembourg with her heartfelt messages at a time when people were forced to speak German; and sons and fathers were conscripted into the German army. Luxembourgers still hold her in their hearts and remember Grande-Duchesses’ brave character in the first month of the year.