Leah Kate, an up-and-coming singer/songwriter, is making noise all over the world. We had the chance to speak with her about what it's like being a woman on top, empowering other women, and being a female artist. 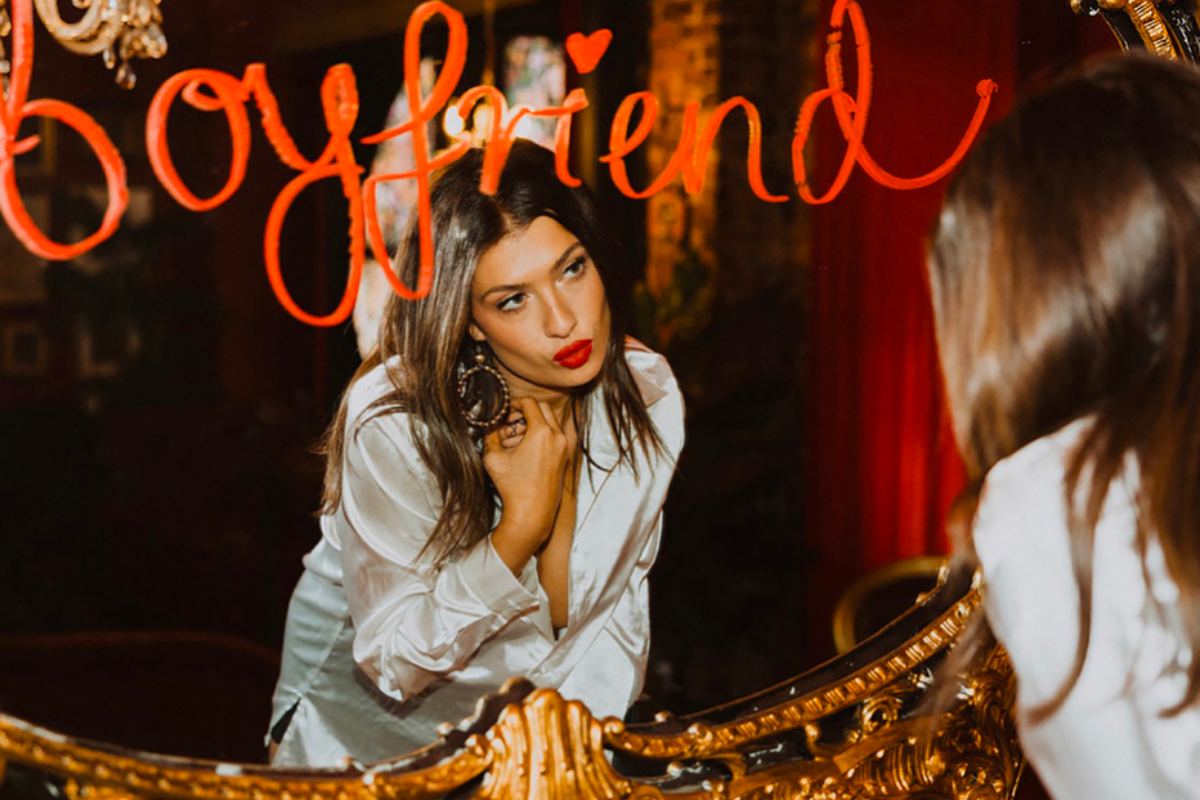 Leah started singing before she could speak. She was surrounded by different musical inspirations from a young age and always knew she needed to be a part of the music world. “I was so young and I was like, ‘yup, I want to do this’,” Leah said. “There’s no way around it—it was just in my heart, I knew.”

Leah and her brother, a producer, started making music in their homemade studio on Garage Band at the ages of 7 and 10 respectively. Now managed by Denny Young of Elevation Group in Cleveland, Ohio, Leah has made a name for herself and is producing music out of LA.

Her hit songs, including “Fuck up the Friendship” and “Boyfriend”, took months to develop and be released. But it was all worth it—they’re currently being played in 40 different countries! Leah is ecstatic about her music being played worldwide. “It’s everything I’ve ever dreamed of,” she said. “Best feeling ever!”

Leah’s music is meant to empower and inspire people to go after what they want, never take no for an answer, and not be afraid. She wants her listeners to feel strong, be honest with what they want, and just go for it. Leah has learned to not give a shit what people think and wants to inspire others to do the same. Through her music, Leah said, she wants to “make other people feel things,” like “when you hear a song and you wanna dance or get drunk or call people you haven’t talked to in 10 years.” She also loves to use music to tell stories and inspire others. Her next goal is to sell out a stadium tour, which she hopes to do once COVID-19 restrictions lift!

Leah has learned a lot about being a woman on top, especially in a male- dominated industry. To her, this involves empowering and inspiring others, as well as giving “positive and inspiring energy to my fellow females who are trying to run shit or do whatever.” Leah believes that inspiration can be a powerful force because, she said, “without my inspirations, I wouldn’t be here.” Growing up, and even now, Leah is inspired by her family, Dua Lipa, Madonna, Gwen Stefani, Joni Mitchell, and so many more. Another one of her ultimate goals is to become an inspiration to others.

Leah knows that starting and maintaining a career in the music industry is extremely challenging, and that her hard work behind-the- scenes doesn’t always pay off. She has been through a lot of rejection, but has continued to push through and persevere. “Be persistent and dedicated to hard work and devotion,” Leah said. “If you work for it, you can make the magic happen!”