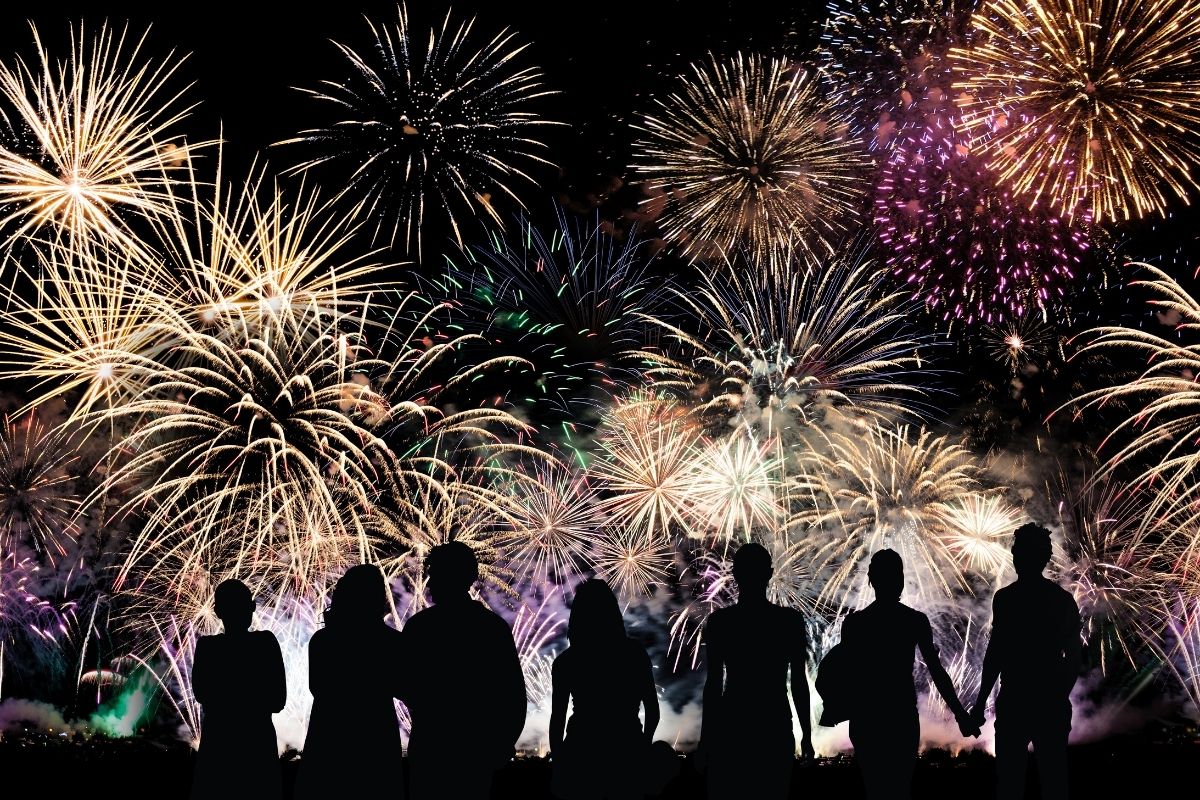 June is Luxembourg’s month! Get ready to celebrate its National Day, where the whole country descends on the city to celebrate!

Every year in Echternach on Whit Tuesday thousands of pilgrims and spectators gather to participate in this unique, world renowned hopping/springing procession in honour of the abbey’s founder, St. Willibrord.  As its name suggests this is a procession of people who hop forward two steps to the right and then two steps to the left. The procession is composed of rows of five to seven dancers with each dancer grasping the ends of a handkerchief. They move forward slowly to the repeated strains of the trance-inducing Sprangpressessioun melody.

The religious ceremonies actually start at about 5am but the procession usually begins after the “pontifical service” (about 9am) and is led by singers, various music bands, accordion players, violinists and, sometimes, even by fiddlers. The last procession group usually arrives at the Basilica at about 1pm, where a final devotion is celebrated. There are often 10,000 people watching the procession along the road to the Church where the relics of Saint Willibrord are located. Why?

Well there are varying opinions. Researchers have thought that there is some connection to warding off  the “dancing plague” first documented in 1374. In Europe in the 14th to 17th century there was a generally confusing case of  this “dancing mania”. One such famous case in Strasburg in 1518 had people dancing in the street for days until many died of heart attack, stroke or exhaustion. The prescription offered by local physicians (strange though it may seem) was to dance continually day and night, and a stage was erected and musician played to effect this cure. You can read more about the procession and its history here. Whatever the root of the tradtion, it is a wonderful and fascinating spectacle not to be missed.

The Luxembourg National Day, on June 23rd, is a celebratory day in Luxembourg and referred to as the “Duke’s Birthday celebrations” or “National Day”. Though technically it is not Grand Duke Henri’s date of birth at all, or indeed any of the Royal family’s birthday, the tradition started on the 23rd of January which is the birth day of the beloved Grand Duchess Charlotte. The tradition in Luxembourg for several hundred years was to have a grand celebration on the actually sovereign’s birthday. This tradition continued with Charlotte and became a public holiday. The disadvantage of a public holiday falling in mid January was soon discovered and so it was conveniently and sensibly moved forward to June, hence the June 23rd date.  After Charlotte, the day continued to be held on the same day and has become referred to as National Day.  The whole weekend is one marvellous party celebrated with fireworks, processions, church services and concerts.

The eve of the National Holiday on 22nd June is celebrated in the city with music concerts as well as DJ sessions which liven up the streets, bars and cafés of the capital till dawn. The peak of the festivities are the grand fireworks which are set off from Pont Adolphe. There are also events on the National Holiday (23 June) in the city centre with official ceremonies, a military parade and a 101 canon salute.

In the evening,  there will be a torchlit procession takes place through the capital city. It’s a bit of a street party with music, dancing and of course sausages, beer and crémant. Members of the Grand Ducal family will be there at Boulevard Roosevelt

The finale of the evening is the fireworks display (around 11pm) at Adolphe Bridge.

June 23rd is the National Holiday of Luxembourg which is celebrated with lots of official events, a military parade and the tradition Te Deum in the afternoon. The typical schedule is as follows (stay tuned for the official schedule to be published):

10:00 The official non-religious ceremony to celebrate the National Day will take place at the Philharmonie with invited guests.

11am Gun Salute. A 21-gun salute fired from Fetschenhof.

11.30am  Military Parade. The security forces will march in their ceremonial uniforms. Grand Duke Henri will preside over the former salute from a podium (Avenue de la Liberté).