According to the Celluloid Ceiling, women make up 21% of all directors, writers, producers, executive producers, editors and cinematographers working on the top 100 grossing films as of 2020. Two of those women, Karolina Markiewicz and Marion Guth, use their platforms to bring attention to social issues including feminism, immigration, sexual violence during wartime, colonization and much more. 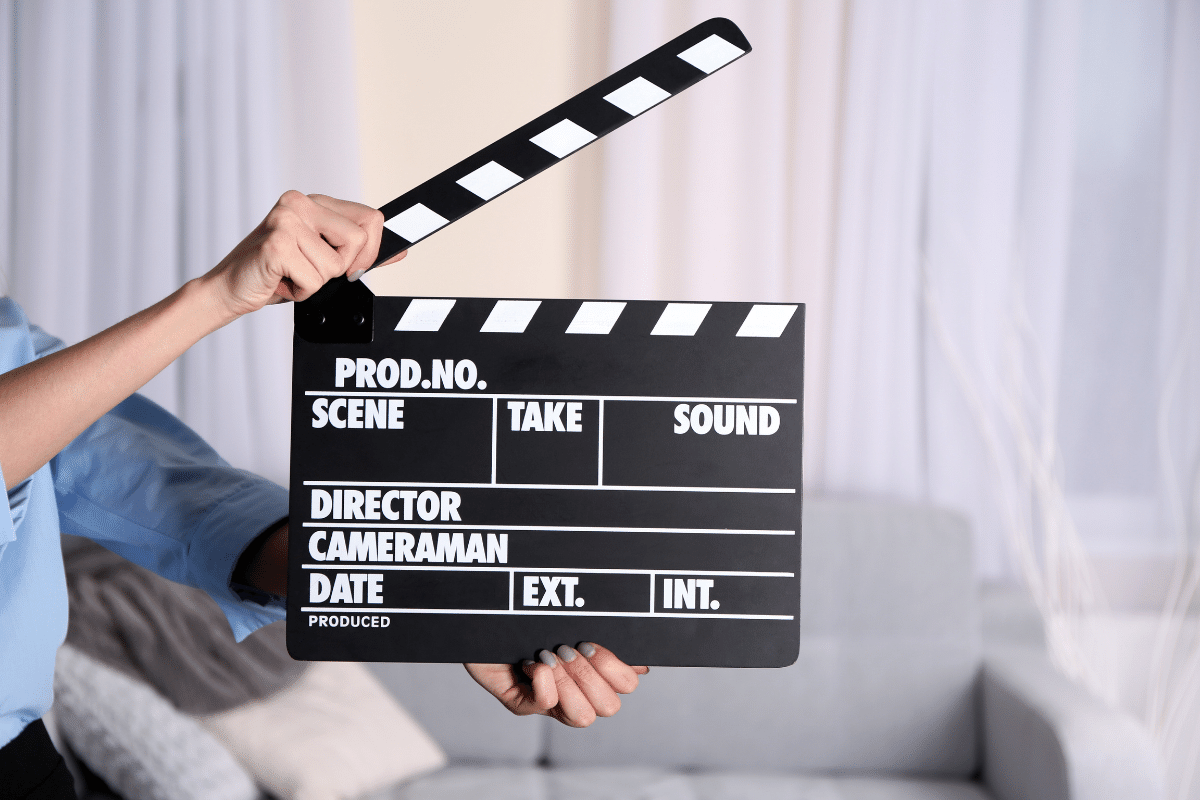 Karolina Markiewicz has been a director and writer since 2013. She works alongside her partner, Pascal Piron, to create links between film, visual arts, theatre and virtual reality.

Karolina was born and raised in Luxembourg and studied political science, philosophy, and theater at University in Germany and France. After she graduated, Karolina returned to Luxembourg and worked for the Institution of Contemporary Dance. She is now a film director and a teacher at the Lycée Technique du Centre Kirchberg and Université de Lorraine.

Karolina had always been interested in film and directing—in university, she learned editing and camera skills. In 2013, she decided to write her first film, which felt like a natural shift in her career. Telling stories in the form of films helps to “give [them] more poetry” and ultimately allows her to express herself. She has always been fascinated by the idea of how to preserve live performances by telling impactful stories. She believes it is important to tell these stories in an appropriate historical and political manner.

At the beginning of her eight-year-long film career, Karolina learned quickly what her missing skills were. She also found out that with telling these stories comes numerous hardships and setbacks. Luckily, she was able to work around all these obstacles to produce films telling very complex difficult stories, related to history and politics.

Much of Karolina’s success in the film industry has come from her desire to want to tell these stories. She draws her inspiration from existing political and social problems around the world. One of her films, Mos Stellarium, tells the story of six young refugees from places such as Afghanistan, Syria, Kosovo and Montenegro. The protagonists recount their experiences immigrating to Luxembourg and adjusting to life here. In the process, they grow into dignified young adults before the viewer’s eyes.

Her most recent work in collaboration with Pascal Piron and digital artist,Tamiko Thiel, co-produced by a_BAHN (Marion Guth) and Zeilt is called My Identity is this expanse! It’s a virtual reality experience telling a story of a resilient kid in exile confronted to violence and the power of poetry which helps the kid to stay alive. In particular Mahmoud Darwish’s poetry – who was an exiled poet. Recently the piece has won the best immersive VR award at Cinequest in California.

If you’d like to experience some of Karolina’s work, My Identity is this expanse! will premiere in Luxembourg from September 18th until November 28th in the framework of the solo exhibition of Karolina and Pascal at the Casino Luxembourg – forum d’art contemporain, called Stronger than memory and weaker than dewdrops.

Marion Guth is a film producer and the co-founder of a_BAHN, a Luxembourg- based company that produces fiction films, documentaries, animations and short series all around the world. Marion and her a_BAHN team are “interested in projects that relate to social justice and environmental justice.”

Marion found her way to Luxembourg by chance. She grew up in Strasbourg, France, and studied international commerce at university. She moved to Luxembourg shortly after graduation for what she thought would just be a few years. She worked for a brokerage company for two years, but eventually felt like it was time to try something new. Hence, a_BAHN was created.

Marion had always had a great interest and appreciation for the arts and cinema. She began collaborating with Nicolas Blies, who worked in music composition, and Stéphane Hueber-Blies, who worked in book publishing. With their collective, Marion said, “it felt like the moment to try something new, but not that new.” Nicolas and Stephane currently work as a_BAHN’s producers, conceptors, and showrunners. All three of them are alumni of European Audiovisual Entrepreneurs, a global organization that trains media producers.

a_BAHN has been around for about 10 years and has produced films like Soundhunters, 7 Lives, and The Cosmos Within Us. Soundhunters follows two musicians as they explore the world around them and meet other musicians of different backgrounds and genres. 7 Lives deals with topics like suicide and guilt, and The Cosmos Within Us centers around the memories of Aiken, a man with Alzheimer’s. a_BAHN also has several films currently in production, such as Sweet Dreams, an immersive touring experience.

Marion has a passion for ending gender-based discrimination and fighting for social justice for all people. She is actively working with Frauen Am Bild—Women in Motion—a nonprofit organization with a philosophy to be intersectional in their advocacy for gender equality.

Being a woman in the film industry is not always easy. The fact that only 21% of all directors, writers, producers, executive producers, editors and cinematographers working on the top 100 grossing films are women is something that needs to change and change soon. However, both Karolina and Marion have shown that it is possible to overcome these setbacks, achieve great success, and become trailblazers in the process.

Karolina receives a lot of support from Pascal, who identifies as a feminist and strives to help her break boundaries. He is a firm believer in empowering women and fighting the idea of toxic masculinity.

Marion says that the biggest challenge she faces is finding ways to tell these stories in a way that connects with the audience emotionally. She needs to be able to elicit an emotional response from them while conveying a clear story at the same time. Marion also says that working with these heavy topics every day can become incredibly draining. For instance, while working on the film “Zero Impunity”, Marion found that having topics such as war crimes and sexual assault at the forefront of her mind every day was a great challenge. However, she recognizes she has to deal with these feelings properly, as a_BAHN produces a lot of films about these topics that spread awareness to a lot of people. Marion emphasized that it is important to take time for yourself and prioritize your mental health. “Even if you love it, it doesn’t mean it’s easy,” Marion said.

Karolina advises women interested in starting a career in the film industry to be open-minded to stories, the world, sharing ideas and speaking up. In order to succeed in the industry, she believes that one needs to be able to translate her ideas to other people in a way that makes sense. And if it doesn’t make sense, it’s probably not a strong enough idea yet. This also highlights the importance of listening to others and sharing ideas—sometimes someone else’s idea can be the missing link that makes your story incredible.

Marion says these women should “buckle up”, as the power structure of the film industry is not in the favor of people who are not white men. She advises that women learn to “form a network of like minded people, who thrive in new territories of storytelling and new voices”. When asked to give further advice, however, Marion simply said she has “nothing,” because the best way for women to learn to succeed in the film industry is to experience it themselves. “Being a producer is something where of course you can learn with a degree and with school, but it is mostly something you learn by doing it.” It is a very active and alive experience that one learns as she goes along.

Both Karolina and Marion show that 21% is not just a number, but rather a group of women who are doing great things and paving the way for future female filmmakers. We hope to see that 21% increase dramatically in the years to come as more young girls are inspired by women like Karolina and Marion to break into the film industry and produce their own incredible works of art.