If you want to learn more about European history or simply reflect on past events but don't know where to start, here is a of top military museums and sites to visit in France. All within 3-4 hours drive of Luxembourg. 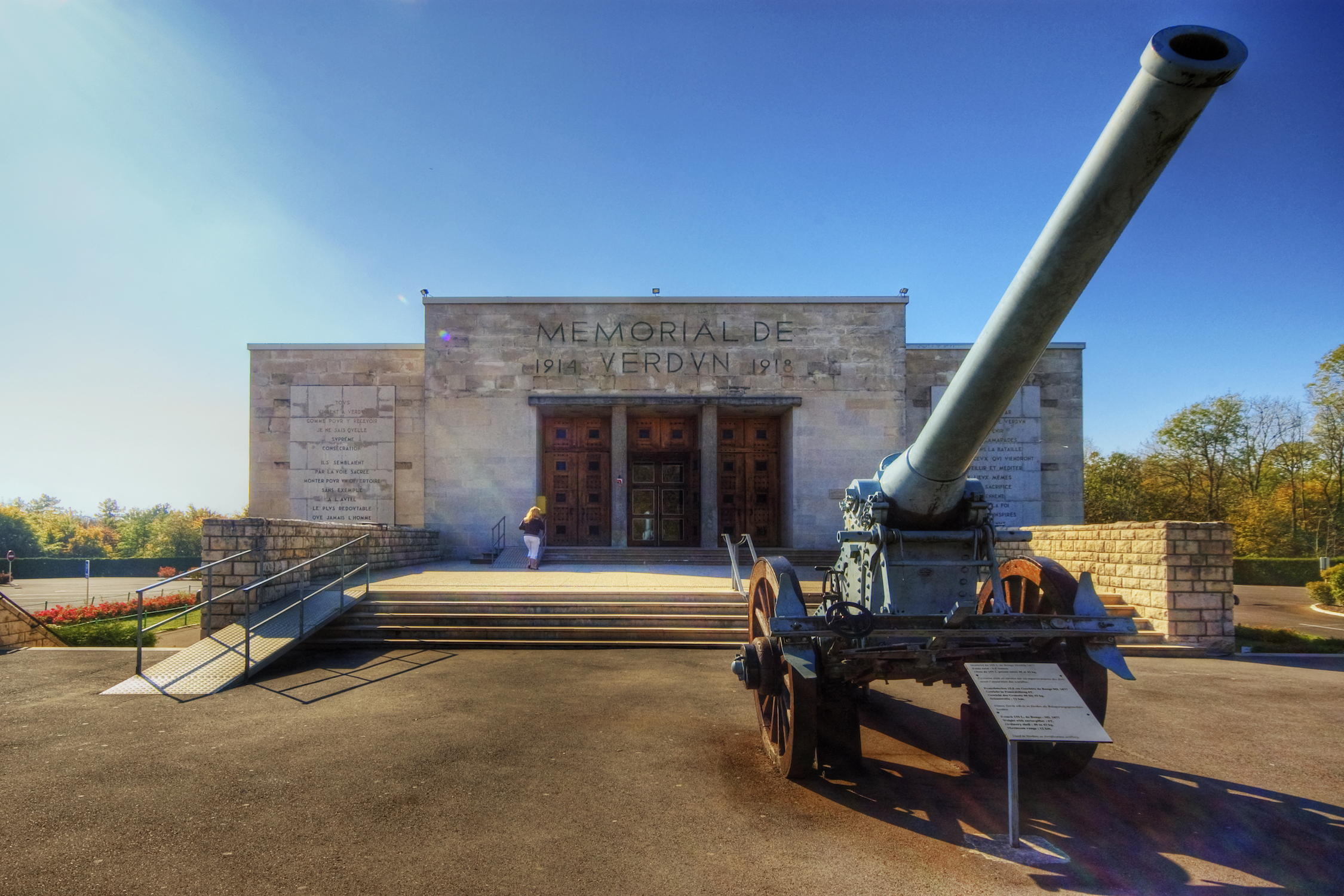 In February 1916 the Germans launched an attack on Verdun that lasted 300 days. This was one of the biggest battles of the First World War, fought as German troops tried to gain control of high ground above Verdun from which they could bombard the town with artillery fire. Verdun was the last great fortress town standing between German invading forces and Paris. Germans and French continuously exchanged control over a variety of forts in the town throughout the battle.  It has been estimated that there were more than 700,000 casualties and it is considered one of the bloodiest battles in human history.

The ground floor of the Verdun Memorial Museum focuses on the experiences of soldiers fighting on the front line during the battle. It recreates the stories of those on both sides of the battle through a series of beautifully presented displays, including military objects as well as those relating to everyday life on the front and in the rear. The second floor delves into the battle environment, the role of aviation in the battle, and what life was like for French and German troops in the rear echelons. The top floor opens onto the countryside surrounding the museum, and visitors can access the terraces to see the panoramic view of the battlefield.

There are numerous memorials and museums to the Battle of Verdun in and around the town which are worth a visit:

Do visit the website of the local tourist office to plan your visit as there is certainly lots to see.

Tensions between France and Germany at the end of the nineteenth century led to the decision by France to strengthen its border defenses. Metz was close to the border and an important rail and road crossing, so a series of artillery forts were added. Construction on Fort Queuleu was begun in 1868. In 1870 France was defeated by Germany in the Franco-Prussian War, or War of 1870, and the area around Metz was annexed to Germany. The fort was renamed Fort Goeben.

It had fallen into disuse by World War II. However, during World War II the Moselle was once again annexed into Germany, and from 1943-1944 one of the barracks was used by the Gestapo as a special interrogation camp. From here detainees were sent on to concentration camps. This section of the fort can be visited as part of a guided tour.

Where: Allee Jean Burger, 57070, Metz
Distance: 70km
When: Visits to the exterior are self guided. You can visit January to February: 9am – 5pm, March: 8am – 7pm, April to September: 7:30am – 9pm, October: 8am – 7pm, November to December: 9am – 5pm
Cost: Visits to the exterior or free, guided tours of the interior are available on Sunday afternoons or by appointment on fort.metz.queuleu@gmail.com. There is also a programme of special events. For further details consult their website.

The only Nazi concentration camp on modern day French territory was established in 1941 following the annexation of the Alsace region to Germany. Here, over 22,000 deportees died. Many prisoners were resistance members taken from German occupied territories. They were forced into labour in support of the German war effort, and so called “medical” experiments were carried out on site.

Visitors can see the remains of the camp whilst the museum tells the story of the site and of the people who lived and died there. The European Centre of Deported Resistance Members (Le Centre européen du résistant déporté, or CERD) has information on the history of the European resistance movements which sprang up against Nazi oppression. The displays at the European Centre are in French, German and English. The gallery text at the KL-Natzweiler Museum is in French but German translations are available, as is a visitors guide printed in French, English and German. There is also a stone memorial and a cemetery to commemorate those who died.

Where: European Centre of Deported Resistance Members, Site of the former Natzweiler camp, DIACVG Alsace, Route départementale 130, 67130 Natzwiller
Distance: 230km
When: Daily 9am-5:30pm. Last admission one hour before closing.
Cost: Admission to the site of the former camp is free, just go to the reception desk of the European Centre to collect a ticket. Tickets for admission to the KL-Natzweiler Museum and CERD cost €3. Children under 10 go free, as do holders of the Carte du Combattant, Carte de Carte de Déporté ou Interné résistant ou politique and the Carte de Patriote Résistant à l’Occupation. Joint tickets are available for admission to the KL-Natzweiler Museum and the nearby Alsace-Moselle Memorial.

The Alsatians and Moselle changed nationality four times between 1870 and 1953 as possession of the Alsace-Moselle region pitched back and forth between France and Germany. The two territories were the only part of France to be annexed to the Third Reich. The memorial outlines the history of this period, with particular focus on the period of World War II from 1939-1945 and the impact of living under the occupation of a totalitarian regime. The memorial includes movies, documents, and a large deck overlooking the beauty of the surrounding landscape.

The Maginot Line was a long series of fortifications constructed in France during the 1930s. They ran along the borders of Germany from Switzerland to Luxembourg and their purpose was to protect the country against invasion. A short distance from Luxembourg you can visit the Galgenberg fortress, a complex of blocks, turrets, and underground barracks that form a portion of the “Fortified Sector of Thionville” in the Maginot Line. The line consisted of lookouts, border and observation posts, obstacles and fortifications, as well as the barracks and supply depots to support them. In the woods surrounding the Galgenberg underground fort visitors can get an idea of the complexity of the Maginot Line system and the scale of its construction.  Paths lead to several smaller bunkers as well as anti-tank defenses, command posts and the remains of railway tracks used by the military.

WARNING: Due to the subject matter involved it is worth exercising caution at places such as the former concentration camp at Struthof Natzweiler and some parts of Fort Queuleu (which discusses the treatment of prisoners), before planning a visit with children. In some cases there are grave sites present.