If you are looking for a honeymoon spot, or just a quiet hideaway where you can hole up with your lover for lazy cocktails and not-so-lazy sex, then also take a look at the sister property, Cempedak. 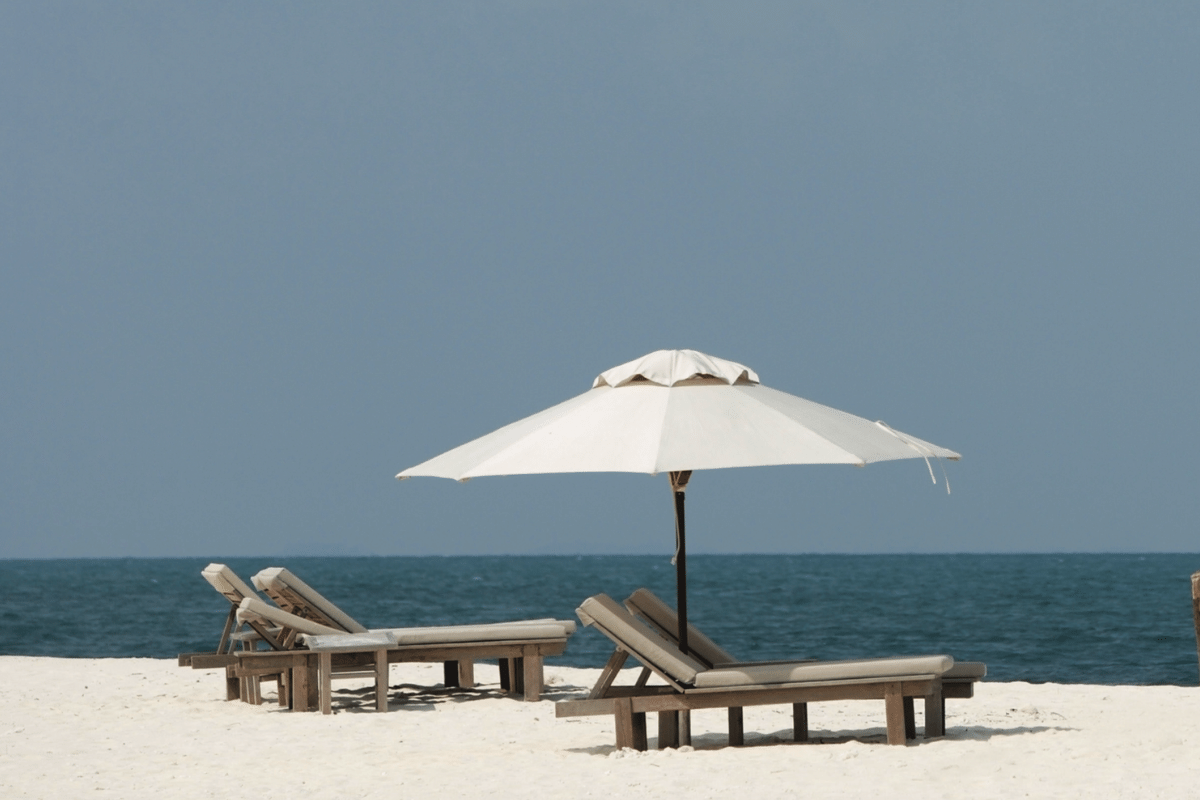 here is a no-children policy on this little isle of bliss. But it also has a no-plastic, no waste, no bad behaviour towards the environment policy too. Just like Nikoi, being green and conservationism aren’t just buzzwords here; it’s an ethos that’s lived by. And just like Nikoi, none of this affects the lap of luxury that you will find yourself in.

Combining exceptional design, the laid-back luxury of a friend’s home and total care for the environment, Cempedak is an example of the future of sustainable tourism. And it’s as sexy as hell.

Found on 17 hectares of virgin rainforest ringed by talc-soft sand, this adults-only, private paradise has been years in the making. Painstakingly and meticulously planned so as not to disturb the original inhabitants of sea otters, hornbills, eagles and nesting turtles, this is a place to share with nature.

Barefoot luxury is all about paring things back; reaching for a book, not your email; taking the paddle board out to simply find an even quieter cove on the island, not because you’re desperately searching for something to do; leaving the strains and the stresses behind and reconnecting. And as soon as you step onto the pontoon here, you instantly feel your knotted and tired muscles release. When you arrive, you’ll be led along a vaulted walkway – a masterclass in bamboo construction – to the restaurant and down reclaimed teak steps to one of four table ‘pods’ overlooking the sea.

A light breeze takes off the heat of the day, butterflies flutter (Cempedak doesn’t use toxic methods to eradicate the mosquitos, instead using a natural and still successful one) and a delightful member of staff will check you in whilst you’re spoilt with lunch or refreshing lime juice. Delicious prawns, spiced chicken, crisp vegetables and coconut rice will set quite the tone for the rest of our stay and I warn you now, you will find it very difficult to say “no” to the encouragement of “just a little more”.

Nearly all of the produce used, is grown on the island or purchased from local markets and small traders and you can taste that freshness. There is no room service as the team encourage you to eat together and there isn’t strictly a menu. Instead, as you leave your meal to meander back to some shaded day-bed or for a massage appointment, you’ll be talked through what’s being prepared later. If, like me, you can’t even think about food having just eaten, it can be a little off-putting but really, it’s the kitchen’s way of being able to whip-up an alternative should they need to and waste less produce.

During our trip, we stayed in a villa high in the canopy, with its great bowed, alang-alang roof curved into the hill-side, which managed to both envelop our private rooms, holding back the forest leaves, whilst also immersing us into the surroundings. Bali-based architect, Miles Humphreys and the on-island team created these incredible dwellings specifically to add to the environment, not to jar against it. And they’ve succeeded. Open plan, large lofty spaces, private plunge pools and naturally cooled using the island breezes, the design is practical as well as aesthetically stunning.

Unsurprisingly, it’s difficult to leave your villa, but when you do, set-up for the day on a lounger with the pool behind you and the sea, sand and view at your feet. We took over a day-bed and tried the refreshing home-made cordials – sipping on Cempedak-hollowed bamboo straws – whilst idly deciding on what would encourage us off the cushions into activity.

Later, I sparked up a conversation with one of the guys who looks after the nesting turtles and he quietly showed me one such nest that he was carefully protecting.

Another afternoon, I was taken on a nature walk by Boyan who showed me the “100-use tree” aka the different palms, the Tarzan vines and any number of plants which all have a use on the island. He told me about the water monitor lizards and its clouded cousin which hang in the trees, and the pythons which keep any rats away. There are ponds of fish fed by the waste management-produced larvae, a kitchen garden blooming with chillies – a personal project by Boyan which means the island is totally self-sufficient in spice – and around every corner there was another story or titbit of information. Nothing was just for show. Everything and everyone works to create this oasis. It’s like a very glamorous Enid Blyton story where you’re washed ashore to simpler times – but with fabulous cocktails only an ask away.

Later, and as a pre-evening turn around the island, we wander down to the croquet lawn and tennis court with their lovingly cared-for real grass, before walking back along the sands to watch the sunset at the Dodo Bar. The second-story tower offers an uninterrupted view of the sun dipping below Bintan, baskets of very moreish belinjau nut crackers and evening aperitifs under the watchful eye of a taxidermy dodo – a nod to another island resident, the Nicobar pigeon, the closest living relative to the extinct bird. It’s the perfect spot to wind down after a long day of…. Well, as the Italians call it: il dolce far niente.

The true traveller adage is to take only photographs and leave only footprints so you can leave paradise intact for future searchers of pristine beaches. With Cempedak and Nikoi, you really feel that they are actively helping in preserving that ideal.