An alumni of St George’s International School, Luxembourg, has received the Cambridge Top in the World Award for economics in his final-year secondary school exams. 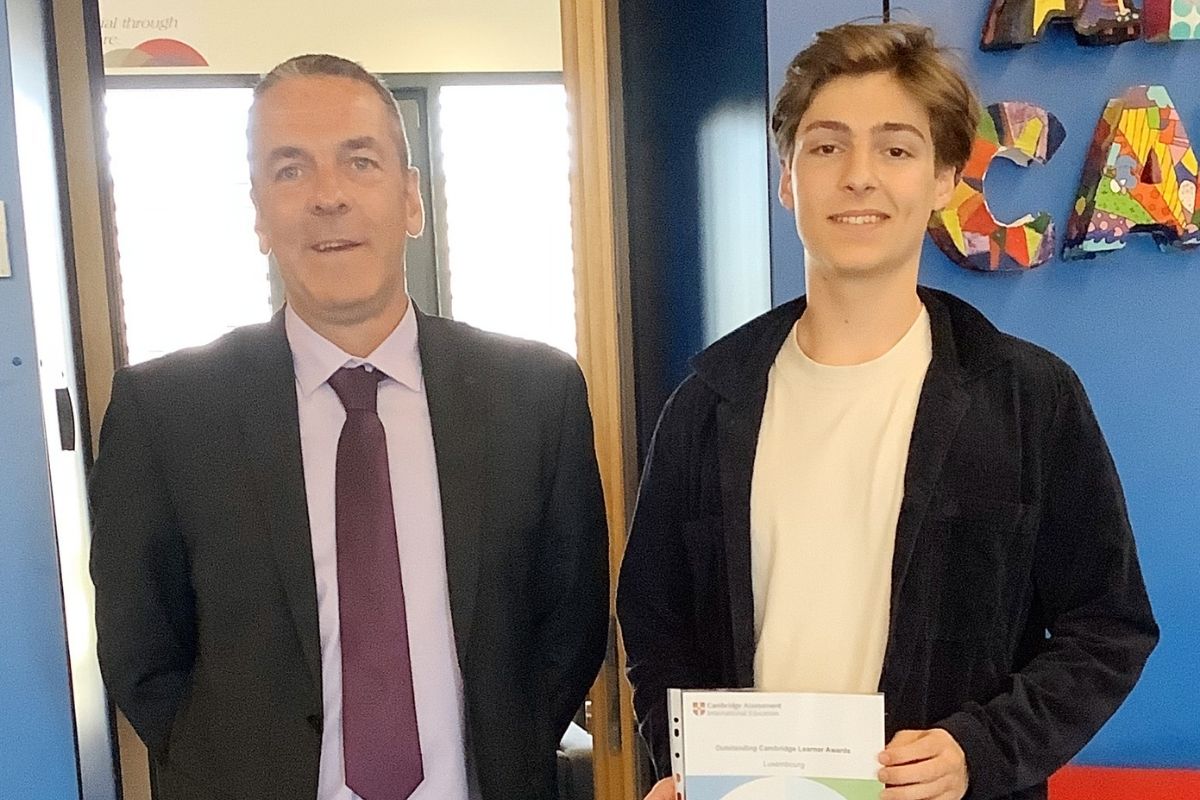 Lieuwe Troelstra, who graduated in 2021, gained the highest standard mark in the world in A-level economics, outscoring thousands of students from across the globe in their final-year exams. He is now studying geography with economics at the London School of Economics (LSE).

Mr Troelstra, who was a student at St George’s for 11 years and the Head Boy in his final year, completed his A-level exams through Cambridge Assessment International Education, part of Cambridge University in the United Kingdom. Thousands of international schools around the world conduct their A- and AS-level and IGCSE examinations each year through this examination board.

A modest Mr Troelstra said he was surprised by his award. “It is always very encouraging to receive recognition for anything and it was very surprising to receive this particular award,” he said.

Mr Troelstra attributed his exam success to studying and learning in efficient ways. “I’m a big advocate for taking a lot of breaks and only studying short periods of time, rather than long sessions.

“I think the biggest help is simply listening and asking questions in class, since these hours ultimately add up to far more than you can do at home.” He also found that keeping active and playing sports helped to keep his mind clear and focused.

St George’s Secondary Head Teacher Mark Fleet said Mr Troelstra’s award recognition would serve him well in the future, particularly in job applications, and would help to inspire students who are currently sitting their exams. “In his time at St George’s, Lieuwe was hard-working, conscientious and a role model for younger students, particularly in his role as Head Boy,” Mr Fleet said.

“This award is an exceptional achievement for Lieuwe and for the school. It proves to other students that it can be done. It is a testament to both the student and staff at the school.”

St George’s Principal, Dr Christian Barkei, congratulated Mr Troelstra on his award. “This award is very rare. Awards of this kind are given every year, but they are distributed among thousands of schools, so to receive one is a great honour,” Dr Barkei said.

“We are very proud that one of our students has received this prestigious academic award.”

As students at St George’s, across Luxembourg and around the world head into their exams, Mr Troelstra has this advice: “Allow yourself some time off and do things other than studying. Make sure you keep your balance right.”

St George’s International School is an inclusive, vibrant international community of 875 students aged from 3 years to 18+ years, representing over 60 different nationalities. This rich diversity provides a unique and exciting learning environment for every child. To prepare our students to be outstanding 21st-century global citizens, we nurture strong values in our students, based on mutual understanding and respect.