The Future is Femtech

Not to play up to the stereotypes heaped upon us women over the years, but ‘female’ and technology have rarely seen eye to AI. But now we find ourselves in the midst of an exciting new partnership: femtech. Michelle Harle explains. 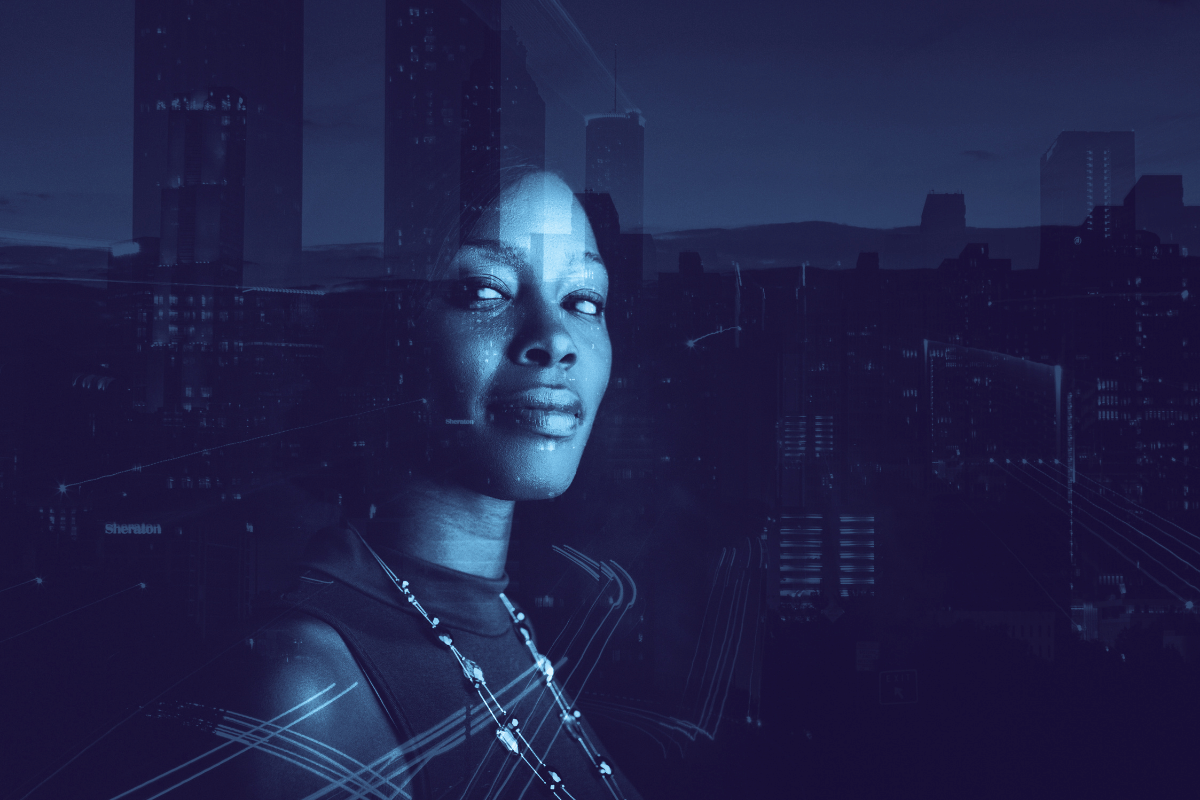 Female and Technology, two words that five years ago you would not have seen next to one another and certainly not combined. Enter femtech: technology developed by women focusing on the women’s health sector. In the short time since its conception, femtech is now pegged as one of the next big tech industry movements. However, this should not necessarily come as a surprise given the enormity of the field of women’s health and that as an industry it is worth billions.

Globally, tech companies, governments, investors and venture capitalists have woken up to this new unchartered territory and are now facing women in every space of the industry, including the boardroom. Hungry women, in a world previously dominated by men, are chasing down mega funding and have goals of creating the next technology to improve women’s health around the world.

Femtech has already raised more than a billion dollars in a few short years and morphed from software, diagnostics, products, and services that are aimed at improving women’s health, to de-stigmatising so many of women’s health issues that for decades have been suffered by women in silence.

So, what does femtech actually mean to women in the 21st century? According to Fertility Europe, fertility affects one in six couples worldwide, and this is just scratching the surface of women’s health. For femtech developers, if there are health issues being suffered such as abnormal periods, sexual wellness, fertility issues, pregnancy or postpartum concerns, they want to create a platform for them. Seemingly the industry can only go from strength to strength, as more data is collected through the use of these apps about women’s mental, physical, and sexual health, therefore enabling tech companies to provide more advanced and accurate help in the future.

Ida Tin of Denmark has led the femtech charge. She co-founded Clue, a period tracking app that has 2.5million users in 180 countries worldwide.

Clue claims to be ‘scientific and straightforward’ but more than this, it offers support at all stages of women’s sexual health: puberty, pregnancy, postpartum, menopause and more. As one of the global leaders in femtech, Ida has seen first hand how it is modernising the way we approach women’s health. “Femtech is an empowering industry, with fantastic products being developed to address needs that have historically been neglected or overlooked,” comments Ida. “The more we open up the conversation around these ‘taboo’ subjects, the more advances we will make in science, in bringing balance and gender equality to the workplace and in encouraging a larger number of entrepreneurs to start their own businesses.”

Ida says a major way Clue is breaking down stereotypes about women’s health is through data collection and working with highly regarded institutions to better understand women’s issues.

“Clue is working with top research institutions and clinicians, including Columbia University, Stanford University, University of Oxford, and Kinsey Institute, to name a few. Our scientific collaborations are exploring questions like: what pain patterns are considered ‘normal’ in which populations? What mood patterns do we see around ovulation? How might our menstrual and symptoms patterns help us spot disease and illness earlier? It is also worth noting that the data we share with these institutions is always stripped of identifying factors, and only aims to answer research questions of a non-commercial nature.

By contributing data to these initiatives, women are directly involved in the research that is being conducted, the breaking down of stigmas and the better understanding of female health, which in itself, is a huge development.”

Going forward, the research element is what Clue is focusing on to help its users. “The ongoing goal is to continue advancing research into female health, and to make basic information about reproductive health more accessible. Currently, we are focused on adding more educational content to our website, a source of unbiased, up-to-date and accurate scientific research, exploring all areas of the menstrual cycle, from the first period, through to sex, pregnancy and eventually, menopause.”

Investors are not the only ones realising the potential of the femtech revolution. In a major new partnership, the National Health Service (NHS) of the United Kingdom has teamed up with Elvie, a British company devoted to helping women’s issues through smarter technology, to offer their award-winning pelvic floor trainer at no cost for women who suffer from pelvic floor issues such as incontinence. For Tania Boler, Elvie co-founder and CEO, teaming with the NHS has changed everything.

“As a start-up, it is an incredible achievement to win the NHS supply chain partnership. Our technology is superior to what physicians were currently using in clinics and this is endorsement of that. The partnership is verification that the NHS are waking up to the importance of women’s health.”

According to the NHS, 32% of women suffer incontinence meaning a large percentage of women require treatment which Tania points out ultimately comes at a significant cost to the NHS. “98% of women suffering from a weak pelvic floor see results within just six weeks with Elvie Trainer, and as a result, the partnership has potential to help reduce the £233million NHS spend on incontinence annually. It’s something we’re very proud of.”

The Elvie Trainer in the tech world falls under the category of a ‘wearable’, defined as a “wearable device incorporated into clothing or accessories that have built in electronic technologies or computers”. Elvie’s latest gadget is the world’s first silent wearable breast pump which so far has had huge success within the women’s consumer market. So far Elvie has raised $11million since its inception, which includes the $6.6million for its latest product. However, this has not been without its challenges. Women walking into a boardroom, talking about incontinence and asking for millions of dollars, has not always been readily received.

Tania says it has been hard work to change the way people see women’s bodies and the technology has really had to speak for itself. “Both of our products are used on, or in intimate and stigmatised parts of a woman’s body. We don’t really have open conversation about our breasts, let alone our vaginas but our products force us to. At Elvie, we help women feel good about their bodies. Elvie Pump is most definitely helping to break boundaries and taboos around breast feeding and pumping and give back control and choice to women. In September, a model walked the catwalk at London Fashion Week whilst using Elvie Pump, which was incredible. It’s certainly a very exciting space to be in.”

Thanks to companies like Clue and Elvie and their fearless female founders pushing the limits of financiers and venture capitalists, the financial outlook for femtech is fiercely positive. Frost & Sullivan, a business consulting firm based out of California, has released research that says with femtech’s current momentum it has the potential to become a $50billion market by 2025. The firm’s research says femtech is going to shake up the women’s health market. “It is not limited to a product or a service, it is an end-to-end solution that can positively impact women’s health and wellbeing.”

Silicon Valley-based Portfolia Funds has launched its sixth fund, The FemTech Fund and the first of its kind in the USA. Portfolia Co-Founder and CEO Trish Costello says women are embracing their power as market makers. “They are vocal in their intent to make investments that both have an impact and see returns – The FemTech Fund is a natural fit for this growing market.”

Indeed, the outlook is very promising but femtech is still relatively unchartered territory in the tech industry and so sharing these ideas on a world scale is vital to its success.

At the fourth annual London Tech Week which happened this June, femtech was positioned as one of the leading conversations between those in the global industry. One of Tech Week’s highly qualified ambassadors, Sherry Coutu is not only an entrepreneur herself, but a CEO (Founders4Schools) and angel investor who serves as a non-executive member of Cambridge University Finance Board (to name one), is a NED of Zoopla and the London Stock Exchange Group, and serves on the Advisory Board for LinkedIn.

Sherry says she is thrilled to see women reshaping the landscape of the tech industry and the future it has in women’s health. “We women solve problems that other genders don’t necessarily feel that strongly about. I like solving big problems that are worth solving. I like helping others do that too.”

She has also seen first-hand how women are changing the conversation in the previously male dominated boardroom. “I think the statistics are impressive and there is a growing acceptance of the fact that women can and do start and scale important companies worth backing.”

So, as we sit on the precipice of the rise of female technology, we watch women who are scaling the financial walls, breaking stereotypes and creating technology that we will all benefit from and we should not only be proud, but excited – it’s likely going to change the world.