In 1982, a 22-year-old Christianne Wickler purchased a gas station in the northern part of Luxembourg near the Belgian border. As a child, she had always dreamed of owning her own store; with that purchase, that dream could potentially become a reality. 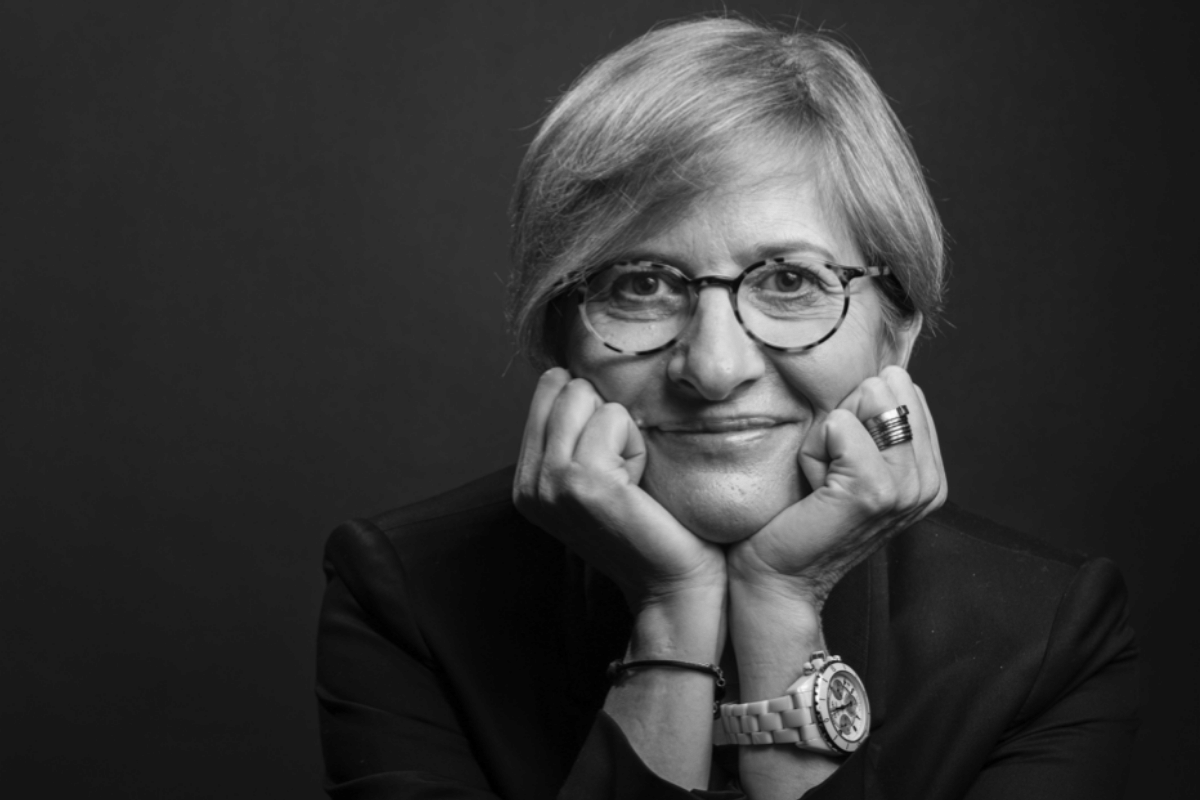 Christianne transformed her gas station into Pall Center, a shopping site that revolutionized the concept of a department store. Pall Center is an eco-friendly business that gives back to the community and supports other local Luxembourgish businesses. We sat down with Christianne to learn more about her journey and the process of creating Pall Center. Here is some of her advice to women entrepreneurs.

Christianne picked her gas station partially because of its location—it was very close to the Belgian border. “There was a new niche in Luxembourg,” she said, “that was built up by the government with the low taxes to sell alcohol and gasoline. The Belgian people came over the border because business was much cheaper here than in Belgium. I’m a Luxembourger, so I can understand a lot of languages and reply to the needs of people.”

Christianne was able to modify her business model so that it satisfied everyone, whether they be Belgian or Luxembourgish, which allowed her business to thrive and eventually extend into Belgium as well. “I listened to the needs of the people—the Belgian people, the Luxembourgish people, the Portuguese people, the expats who were coming slowly but surely to Luxembourg.”

Between running her business and raising her four children, Christianne certainly spent a lot of time working. But she believes this work was an absolutely essential part of her success in both her business and her personal life. Christianne admitted that she really wanted children when she was first starting her business, and she wasn’t willing to give either one up. In order to ensure she could have both, she decided to brave the long days and sleepless nights. She wholeheartedly believes it was all worth it. “I worked a lot—I’m still working a lot—but I love it,” she said.

DON’T ASK TOO MANY QUESTIONS

Christianne’s biggest piece of advice to female entrepreneurs? “Don’t ask too many questions! Don’t hesitate! There’s no danger in trying. No hesitation about your gender or anything—if you feel it, do it! We can try everything, and that’s a great opportunity and a great chance. I never asked questions,” she added, “I just did it!”

She noted that while you shouldn’t let the “what-ifs” get you down, it’s also important to think things through. There’s a big difference between notable concerns and mere hesitation. Make sure to ask some questions, just not too many!

BE OPTIMISTIC, BUT GROUNDED

“My optimism is very important to me,” Christianne said. She believes her optimism is one of the reasons why her business was able to expand as much as it did. She considers it her driving force behind many of her decisions. “Always remember to never give up,” she added, “but also be smart.” In other words, don’t be so optimistic that you become blind to legitimate problems.

Christianne said she struggled with this when starting her business. She admitted that she was very naive when she first opened her business. While she encourages women to not hesitate, she also encourages them to keep their head out of the clouds and remember that not everything will play out perfectly—and that’s okay.

Christianne knew from a young age what she wanted to do for a living: “My dream was always to open a shop.” Her father ran a construction company, but she noted she had little interest in that field: “I didn’t want to sell tires, but shoes!” Starting and running a business is by no means an easy task, but one thing that can make it incredibly easier is passion. Christianne noted that one reason why she was able to put so much work into her business is because she loved every aspect of it. “I’m passionate about nice things,” she said. “I love pleasing our customers with nice stuff…and the inside of the store has to look nice!” Working with things you’re passionate about can be very motivating and ultimately rewarding.

Aside from passion, another reason why Christianne has been able to keep working all these years is that she has the energy. She is very motivated to go to work every morning and remains energetic all day. “I love people—that’s really important—and I love to contribute to this society,” she explained. “And sometimes I fail, and sometimes I’m really bad, but sometimes I’m good.” This love for people combined with her ability to not let failure drag her down helps her remain both energetic and optimistic, which she believes is critical for success. She added that her goal was “not just one show and then take the money and run, but to actually work to develop a business. I’m very enthusiastic and I want to stay like that.” She hopes that by staying energetic, she can continue to enjoy her business as well as her personal life. “I want to go fishing after buying shoes,” she joked.

DON’T THINK ABOUT SUCCESS TOO MUCH

When asked how she measures success, Christianne was hesitant to answer the question. “For myself, I don’t rely on success because it’s normal to work for something—to have something and to go on and to fail and to stand up. It’s always a battle. I’m driven by that. Not by success, but by what’s going on in this world.” She doesn’t feel the need to think about how successful she is or could be. She’d rather spend the time working with her community and finding ways to give back to it. She would rather be remembered as a trailblazer than just a success story, and she believes that the way to ensure this happens is to avoid fixating on success. “I don’t need to be successful,” she explained, “but I want to complete this community with my talent and energy. I want to be memorable and give back.”

“My father said, ‘Let’s go, daughter, and show me what you can do.’ That was the competition and the drive,” Christianne explained. “I’ve always been different, so I wanted to show that I could do it. I wanted to show people the results.” She has always found healthy competition very beneficial, as it has driven her to achieve great things. However, she also noted that there are two important words to remember: “healthy” and “yourself”. When competition becomes too intense, neither party benefits, as they become too focused on taking the other down. That’s why Christianne recommends competition with yourself, as you are the only person involved. You don’t want to take yourself down— you want to exceed your expectations and achieve all your goals. Healthy self- competition and the idea of proving yourself can be very motivating and energizing as long as they’re done correctly!

Christianne had a similar strategy of handling obstacles she encountered: “Of course I faced hardships—but that’s competition! And that’s nice. I always turn it around into energy.” Her self- competition allowed her to develop constructive ways to handle adversity. Because she has such a healthy view of competition, she is able to look at these obstacles as simply other things she has to compete with and other expectations to overcome. She then uses this competition as motivation to prove people wrong. “In Luxembourg,” she explained, “we call that our German side: never give up, and I’ll show you what I can do!”

“I face my hardships, or I go around,” Christianne said. “ I have very long legs. I can jump over my hardships, work around them or I face them head on—but I am not afraid.” Christianne’s “long legs” allow her to be persistent even when times get tough. She has the motivation and stamina to keep going no matter how far around or high over an obstacle she needs to go. This persistence, she believes, is key to success. It’s also important to be able to come back from failure. Maybe you couldn’t quite jump all the way over an obstacle, or your legs gave out when trying to go around it. Christianne believes you should always keep going because the rewards are far greater than the consequences. “We are not in danger in Luxembourg,” she explained. “What’s the worst that can happen? We lose a bit of money, but then we work to get it back.” Maintaining long legs and thick skin can also be a great way to stay motivated after hardships.

STICK TO YOUR VALUES

Christianne is extremely proud to be Luxembourgish. She believes her nationality is a key reason as to why she was able to successfully open her own business, and she intends to keep Pall Center in the country. “In Luxembourg,” she said, “we are small, but pretty and loud, and we want to stay like that until we globalize on the big market. That’s our goal!”

Christianne encourages female entrepreneurs to stay dignified and true to their values, no matter how big they get. For instance, she interprets Luxembourg’s values as being small yet mighty, and she intends for Pall Center to be the same. Luxembourg has also always been multicultural, which can be seen in how Christianne’s business is able to meet the needs of so many groups of people. Diversity is a concept that Christianne has always valued and will always value, in part because it has been tied to Luxembourg for so long. “As Luxembourgers,” she explained, “we accept other people and we don’t judge them. And we adapt…we’re going into a new world, and I think we have a big role to play.”