Open 365 days a year, Urban has established itself as one of the premiere establishments in Luxembourg City. We paid it a visit to see if it lives up to the hype! 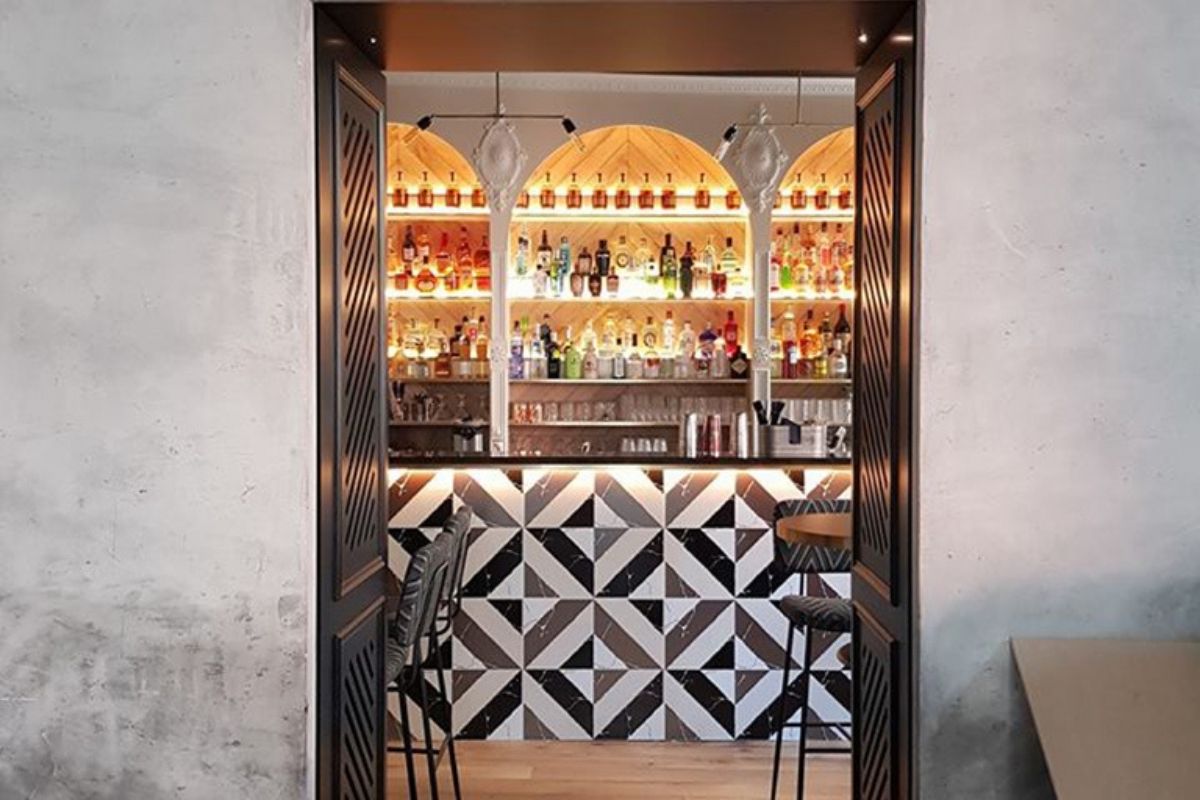 We arrived just after 11:30 AM, and we were immediately able to find seating outside.  Since we got there so early, Urban was not too busy, which allowed us to get settled in fairly easily.  One thing we noted was how much seating was available. Urban has several tables and booths located outside, along with plenty of spots inside on two floors.  The kitchen did not open up until noon, so we decided to kick back and relax, and grab a cocktail while we waited patiently.

We ordered a “Flavor Flave”: which consisted of Jonnie Walker black label, Disaronno, coconut liqueur, cocoa shell, pineapple, and clarified milk.  While the cocktail itself was fantastic, the size of the beverage was underwhelming. We ended up needing to grab another one by the time we were ordering our food because the drink was so small.

The menu itself is quite large and diverse, with plenty of options for everyone to feel comfortable with their order.  For drinks, they have a wide variety of cocktails, martinis, craft beers and wine.  Their food menu is fairly simple, featuring salads, bowls, burgers and sandwiches, and on weekends they serve breakfast options too!  We ended up going with the Club sandwich after a recommendation from our server.

The food came out shortly after the kitchen opened, alongside another “Flavor Flave”, which meant it was time to dig in.

The club sandwich was excellent, and it was fairly large as well.  Complete with a side of skinny fries and sauce, this meal was definitely worth waiting for. The sandwich itself was a great consistent bite, the bread was perfectly toasted which gave it a nice soft, yet crispy texture each and every bite.  The contents of the sandwich were also fantastic, as the chicken, egg, bacon, and lettuce all came together to form a splendid combination of flavor alongside the sauce.  All tied together by the wonderful cocktail, despite its tiny size!

This was an excellent casual lunch that is a bit more on the pricey side, especially if you are going to have a drink or two alongside your meal. We loved Urban’s interior that looks fantastic on both floors, making for a sleek, modern aesthetic that sets a great vibe for everyone inside.

Definitely a fun spot and a great environment to grab a drink as the night goes on, with great food, we think Urban is always a good idea!